Strengthening the comprehensive cooperation between Vietnam and Cuba

(Construction) – On September 30 in Hanoi, the Vietnam - Cuba Business Promotion Forum was organized by the Ministry of Construction of Vietnam in coordination with the Ministry of Foreign Trade and Investment of Cuba. This was an important activity within the framework of the official friendship visit to Vietnam by the Cuban high-ranking delegate led by Cuban Prime Minister Manuel Marrero Cruz.

Speaking at the Forum, Deputy Prime Minister Le Minh Khai said that in recent years, although the two countries have faced many difficulties and challenges, the Vietnam - Cuba cooperation relationship has maintained the development momentum in all fields. Deputy Prime Minister Le Minh Khai believed that, with the large participation of ministries, agencies, enterprises in the State and private sectors of Vietnam and Cuba, the two sides would actively exchange and establish new business investment cooperation opportunities, contributing to stronger promotion of Vietnam - Cuba economic, trade and investment cooperation.

Expressing his pleasure to attend the Vietnam - Cuba Business Promotion Forum as the head of Cuban Government, Cuban Prime Minister Manuel Marrero Cruz said that since arriving in Vietnam, he has witnessed many socio-economic achievements of Vietnam. Prime Minister Manuel Marreno Cruz affirmed that Cuba would continues to move forward in its socio-economic development strategy, with the participation of multiple economic sectors. The Cuban government has promulgated a number of measures to promote domestic production in the fields of industry, agricultural products, food processing… Cuba is currently in a period of strong transformation to develop faster in the coming time.

On behalf of the leaders of the Ministry of Construction – the standing agency of the Vietnam Sub-Committee in the Vietnam - Cuba Intergovernmental Committee, Deputy Minister Bui Hong Minh said that over the past time, through the cooperation mechanism of the Intergovernmental Committee, several delegations of the ministries, agencies and enterprises of the two countries have regularly met, exchanged and promoted trade and investment cooperation in areas of mutual interest.

Deputy Minister Bui Hong Minh emphasized that, as the Standing Agency of the Vietnam Sub-section in the Vietnam - Cuba Intergovernmental Committee, the Ministry of Construction has always proactively coordinates with other agencies, ministries and sectors in Vietnam and with the Cuban Embassy as well as agencies of the Cuban Government to effectively deploy and implement investment cooperation programs and projects between the two sides, contributing to further enhancing the traditional friendly relations between the parties, governments and peoples of the two countries. 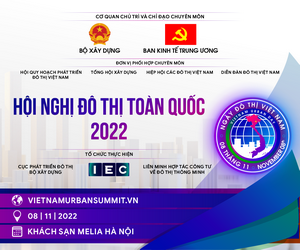 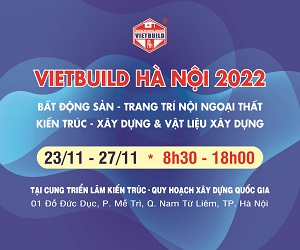