(Construction) - Japan Aerospace Exploration Agency, JAXA and Japanese construction company Kajima Corporation announced on May 18 that they have successfully conducted an experiment of remote construction using autonomous machines from a location more than 1,000 kilometers away.

This is part of their joint research for the construction of a base on the Moon. They confirmed the feasibility of remote operation and automatic operation of a vibrating roller by simulating the communication delay that occurs during lunar construction. In the future, Kajima plans to apply the system to multiple units of heavy machinery. Kajima plans to introduce the system to overseas civil engineering works and disaster recovery.

The experiment was conducted between the JAXA Sagamihara Campus in Kanagawa Prefecture and the JAXA Tanegashima Space Center in Kagoshima Prefecture. Using a public telephone line, the machine was first remotely controlled at the construction site while avoiding obstacles, and then switched to automatic operation. Kajima's next-generation construction production system, which enables autonomous operation of multiple construction machines, was utilized.

Since there is a 3 to 8 second delay from the ground when working on the lunar surface, an operation support system was installed to deal with the communication delay. They were able to carry out stable operations under the constraint by incorporating functions such as the ability to judge the movement in response to terrain changes and the ability to coordinate the work of construction equipment.

According to JAXA and others, there are still many issues to be solved, such as the establishment of positioning technology in the absence of a satellite-based positioning system (GPS), construction methods for uneven terrain such as the moon's surface, and methods for collecting ground information data, etc.

The specific time line of lunar exploration has not yet been determined, and JAXA is currently reviewing its space exploration scenario, which indicates future development goals. It is expected that the construction of a hydrogen station will be the first task in space exploration on the Moon. (2021/05/19) 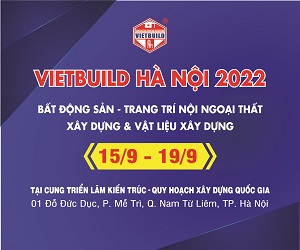