Hanoi has created urban development plans for the banks of the Hong (Red) River, yet problems remain due to lack of flood and dyke planning.

Planners have been seeking solutions to balance sustainable development with land and water resources.

In 2006, the Ministry of Agriculture and Rural Development submitted a plan to the Government on flood prevention and control and dyke system reinforcement on the Red and Thai Binh rivers, reported Kinh Te Do Thi (Economy and City) newspaper.

Under the plan, it was necessary to move 855,993 people who lived on an area of 12,504ha on riverbanks to ensure safe flood discharging.

The areas for housing were below 15 percent of the river banks in Tam Xa- Xuan Canh and Long Bien-Cu Khoi areas in Hanoi.

The plan, which was approved but has not yet been carried out, was estimated to cost 113 trillion VND (4.9 billion USD). Along with funding from the State budget, revenue was to be drawn from the auction of land use rights in the river bank or investment in the public-private partnership (PPP) form.

The flood drainage corridor which was built by French irrigation engineers in 1905 has been degrading yearly.

For example, before merging with Hanoi, Ha Tay province allocated tens of thousands of hectares of land in the flood drainage corridor to real estate developers.

At present, many rivers in Hanoi and other provinces in the Red River Delta have been seriously polluted, which has caused a shortage of water for farming.

These issues have left Hanoians awaiting proper planning along the Red River to effectively use land and water for sustainable agriculture.

The section of the Red River flowing through Hanoi is more than 120km.

The riverbank is a large area so Hanoi could choose 1 or 2km alongside the river to carry out a trial planning project.

Recently, a group of Vietnamese and international urban planners proposed a plan for zoning a safe area which could ensure sustainable development for urban areas, farming and the environment.

The safe area would be protected by a concrete dyke system.

Residents currently living nearby the mudflats would be reallocated to at least 20m above sea level, freeing up the entire ground space and creating an extra 50-80ha for drainage in the flood season.

The river mudflats, which feature beautiful trees, would become a new park among hundreds of hectares of water surface of the river.

In the dry season, this place would be a safe and green park while in the flood season, it would be a training field for militia and youth volunteers to practice swimming and rescuing activities.

The plan is expected to create public assets worth billions of dollars, increase dynamism for the local economy and generate millions of new jobs for Hanoi and neighbouring provinces.

The same plan was carried out in some riverside cities of China like Wuhan, said the newspaper.

Additionally, the solution meets the essential requirements of flood prevention and dyke protection, adapting to extreme climate change at the highest level.

At present, wastewater does not flow into the city’s sewers but directly into the Red River, meaning Hanoi needs to plan for wastewater collection to eliminate pollution source in the river. 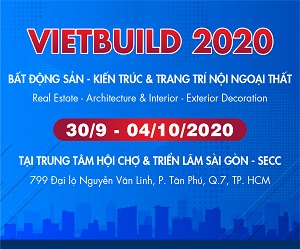